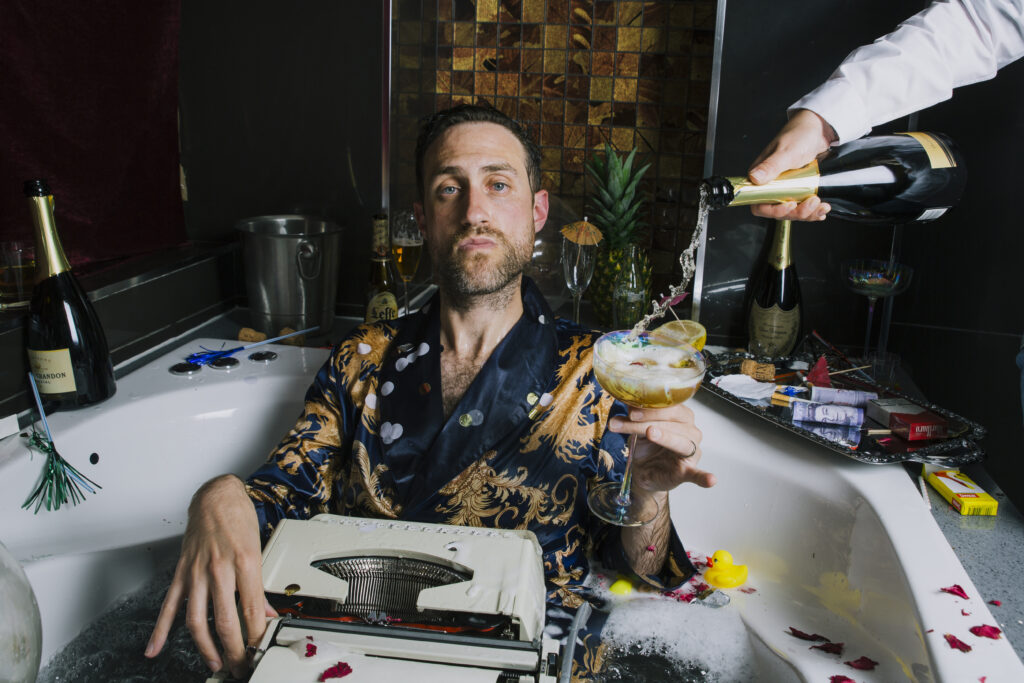 Credited by the BBC as “King of Sound, Ruler of Beats”, Beardyman is an award winning musician, a digital superstar, one of the world's best beatboxers, a multi-instrumentalist, a groundbreaking live looping pioneer and a musical comedic talent championed by the likes of Tim Minchin and Jack Black.

Beardyman’s rise to success began with him winning the UK Beatbox Championships in 2006 and 2007 and his iconic one take wonder Kitchen Diaries. In 2008 he became a judge as not enough beatboxers were prepared to compete with him. Creatively shackled by technology vs. his vast musical ideas, he developed the world’s most advanced live music production system, known at the BEARDYTRON, allowing him to improvise studio quality, cutting edge dance music in real time. He unveiled the BEARDYTRON at the annual global TED conference to a standing ovation. Watch his TED talk here.

He is a festival favourite, having toured the world consistently for over a decade from headlining main stages of boutique festivals through to main stage and big top performances ranging from Bestival to Coachella, Glastonbury to Fuji Rocks and everything between. YouTube consider him a legacy hero having been heavily involved since the channel began and being the only artist to feature on all of their global festivals to date and the only UK artist to be invited to perform on their YouTube Comedy Week alongside Seth Rogan, Sarah Silverman, Skrillex and his dear friend and collaborator, Reggie Watts.

His musical comedy has featured on TV throughout the world right through to Oprah, Ellen Degeneres and more and his show One Album per Hour, where he creates a brand new album live on stage based on the audience’s made up song titles, has achieved 5 star reviews, sold out runs at the largest venues at Edinburgh Fringe and been featured on Conan O’Brain right through to the Sydney Opera House.

His collaboration with Fatboy Slim and Calvin Harris Eat Sleep Rave Repeat he improvised in one take over 14 mins to become a global phenomenon and he won Best Dance Music Video in 2016 at the UK VMA's for his single Mountainside.

Beardyman has collaborated with the Heritage Orchestra, developing a methodology with Jules Buckley for the entire orchestra to follow his wildly diverse improvisation through genres ranging from Disco to Drum and Bass. He has also collaborated with artists as varied as Chase and Status, Imogen Heap, Groove Armada, Tom Middleton, Jack Black, Tim Minchin, Fatboy Slim, Mike Judge, Jacob Collier and Herbie Hancock. They all describe him as a musical genius.

He developed an improvisational supergroup known as the Dreamteam (a.k.a Masters of Distraction) with an ensemble of some of the world’s best improvisational artists ranging from Andy Gangadeen, Captain Beefheart guitarist and Jeff Buckley co-writer and collaborator Gary Lucas, Emre Ramazanoglou, Dizraeli, world female beatbox champion and bassist Bellatrix and DMC Champion JFB.

In 2019 Beardyman released 6am (Ready to Write) featuring Joe Rogan on Sony/RCA and won the UK Music Video Award for Best Dance Music video, beating The Chemical Brothers, Camelphat, Prospa and more and was shortlisted for Best Video of 2019. Click on the image below to watch the video directed by Ian Pons Jewell.

Beardyman just completed a UK tour to road test the new technology and raised the bar on what fans can expect for 2020.

Sheer Volume is an ongoing project resulting in releasing a single each and every week throughout the year, launching in February 2020.

The project comprises of 52 singles, 52 live streams, 52 videos, 12 podcasts and four albums. Give us strength!