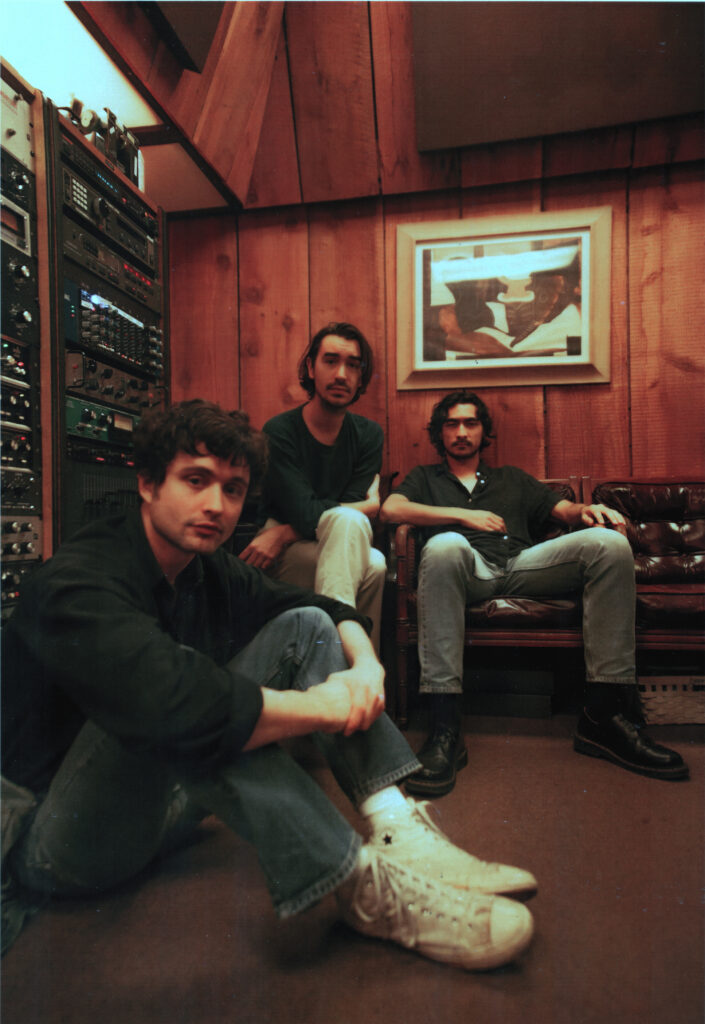 London-based Flyte began to form when Will Taylor (vocals, guitar) and Jon Supran (drums, vocals) started playing together aged 11 at their local comprehensive. Later, Nick Hill (bass, vocals) would join after a series of line-up changes. Will's parents were both English teachers and inevitably, many literary influence can be found in the music with the band taking its name from Sebastian Flyte of Evelyn Waugh's Brideshead Revisited.

In Autumn 2017, the band released their debut album 'The Loved Ones' under Island Records to widespread acclaim. The Sunday Times dubbing it 'The best British debut of the year.' Then followed a number of headline tours around the UK and Europe as well as support tours with The Lemon Twigs and Lord Huron.

During a personally tumultuous year, the band's music started to take a starker, more personal turn. Whilst writing and demo-ing their follow-up album, Flyte teamed up again with long term collaborator Burke Reid (Courtney Barnett, Julia Jacklin) to produce the White Roses EP in 2019. Mixed by Craig Silvey (Arcade Fire, The National). With The Staves lending guest vocals to the title track.

After an extensive tour of the US and Europe, they made the move to Los Angeles to complete their second album with producers Justin Raisen (Ariel Pink, Yves Tumor), Dave Cerminara (Father John Misty) and Andrew Sarlo (Big Thief) in wha is surely their most ambitious and emotionally exposed work to date.