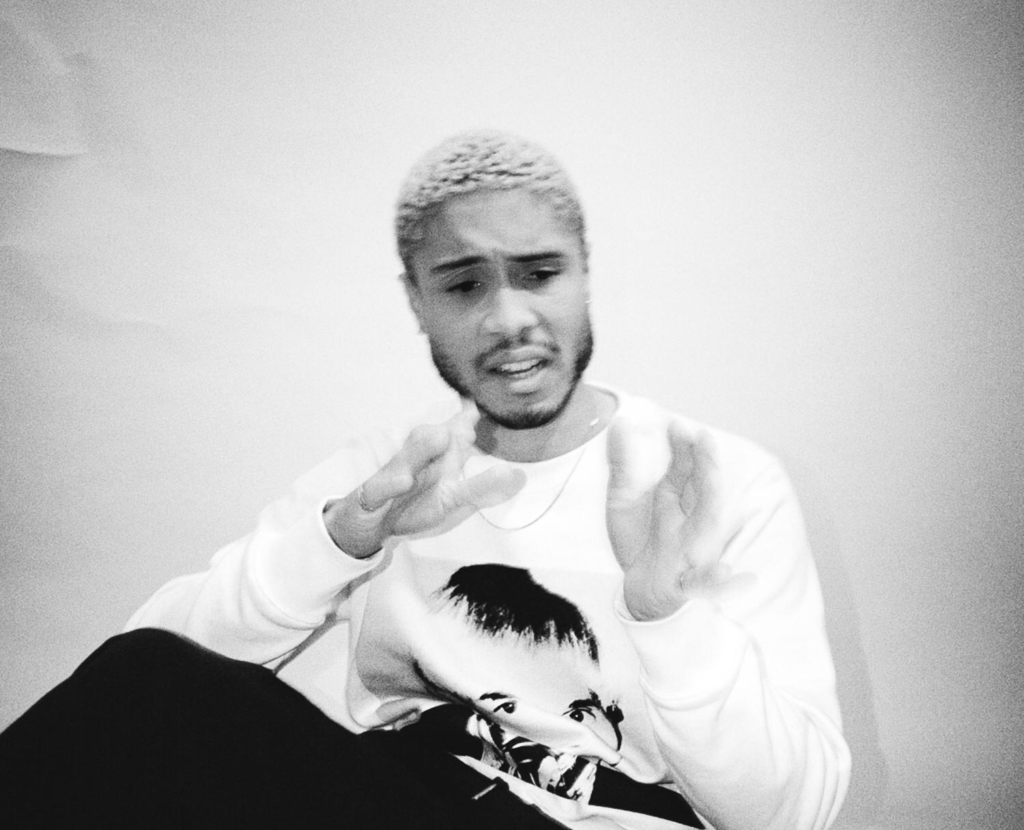 Jelani Blackman is a diverse rapper and singer, set to take the music industry by storm. Born and raised in London, growing up Jelani was heavily influenced by soul and RnB but grew up at a time when Grime was everywhere. This mix of musical influence comes through in his music, blending hard and softness, dark and light.

Working with artists from Brian Eno to Burna Boy, Wolf Alice to Abra Cadabra, Jelani is able to bring about the hype but at the same time, display the reality of being a young black male living in inner city London. His voice holds a very distinctive deep gravel tone creating a raw edge to his music but if you listen carefully, his songs often have a rich, resonating lyrical content. His music brings about fun but also raw truth and a profound vulnerability.

His first EP ‘1-4’ marked Jelani out as a one to watch. Twisted after-dark anthem ‘Twenty//Three’, racked up nearly 4 million streams on Spotify and garnered support from influencers across the board. Then came the captivating collaboration with ascendant production duo Sylas and ambient god Brian Eno on ‘Layer’. In 2018, Jelani released his fiery EP ‘Lockjaw’, excelling at a variety of genres and styles, drawing from R&B and grime to create his instantly recognisable sound. The EP features acclaimed singles ‘Lockjaw’ and ‘Go Low’.

In 2020 Jelani Blackman kicked off the year in a big way by releasing ‘Swerve’ and the swiftly followed up that hit with the banger ‘P2P’ featuring fellow West London grime MC, Big Zuu.

Apart from music, Jelani also likes to experiment with fashion. His ability to interchange his style caught the eye of the Tommy Hilfiger team and he subsequently went on to feature in two Tommy Hilfiger Capsule Collections alongside IAMDDB and RIMON. Today you can find him collaborating with positive fashion brand Naeco collaborating on a collection of sustainable clothing.