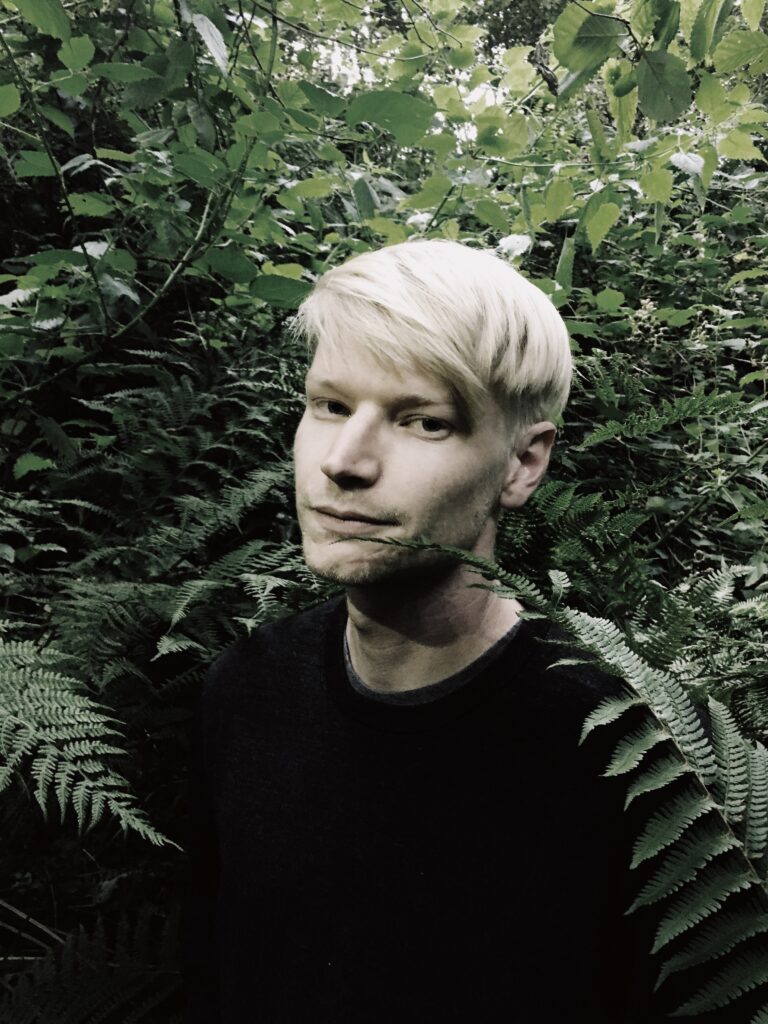 Gwil Sainsbury can’t quite locate the precise origin of LOOR. Perhaps it’s his childhood in Cornwall, where he found that strange, alluring Cornish moniker. Perhaps it’s leaving alt-J, the band he helped found, after one Mercury winning album. Or perhaps it’s moving to Bristol to study for a Masters, finding himself with time and space to imagine something fresh.

Whatever the source, its tributaries clearly run deep. Following a sterling EP last year LOOR is currently preparing his debut album ‘Waters’, a heady fusion of deeply psychedelic electronics – which recall everyone from Jon Hopkins to Gold Panda via The Orb – and a deeply philosophical outlook on the nature of humanity’s relationship with its surroundings.

“I think I’m pretty influenced by a lot of psychedelic music,” he comments. “Whether that’s electronic or whether that’s in jazz. I wanted to be independent, and able to produce what I wanted to produce by myself. And to me, it’s very much about a relationship to nature.”

‘Waters’ is an animistic statement, a treatise on the mind, the body, and the confluent passageways that unite them. “I don’t really think of nature as being separate to the urban world,” he explains. “There is no separation between nature and humanity and therefore no real distinction between urban environments and the countryside, for example.”

“I’m aware from my previous experiences in the music industry that touring is currently a totally unsustainable model,” he says, placing this need to re-balance our relationship to the environment within a broader world-view. “The uncomfortable question that we need to navigate as musicians is: how do we show true solidarity with the global climate justice movement while being able to pursue music as a career?”

Composed on long walks through Bristol and out into the countryside, ‘Waters’ has a questing spirit, a yearning to find rest. “In Bristol there is this amazing contrast between the very urban setting, and at times really idyllic,” he asserts. “It’s bizarre sometimes, I’m taken aback by it. But along those walks you’ll also come across all of these really explicit signs of the slave trade and all the histories that have gone on around here. When you walk through a landscape you can unpick a lot of its history, but obviously a lot of it remains completely concealed to you.”

An album that toys with different layers of meaning, ‘Waters’ was pieced together in a solitary fashion. Deeply influenced by his experiences while using psychedelics – particularly DMT – Gwil would go bathing in his subconscious. “I feel like you’re downloading vast amounts of information,” he says. “So I just wanted to make something that I felt reflected my own psychedelic experiences.”

A surging series of melody-driven digital excursions, ‘Waters’ has an enrapturing forward rush. ‘Plants’ is this joyous salute to nature, informed by the botanist Terrance McKenna, his own endless electronic experiments, and the lingering trace of the often under-rated genre psy-trance. Images of flowing water resound on the record. Returning home from long walks to trace the source of nearby streams, the sound and feeling of water would imprint itself on his consciousness. “It was this feeling of the intensity of water, and the epic capacity to make huge changes to how we live,” he recalls. “It was almost like the revenge of water, or the revenge of the planet on humanity.”

Diving into his sub-conscious and returning to the surface, Gwil used LOOR as a means to dredge the limits of his thoughts and experiences. The collage image on the cover references panspermia – the belief that life came to Earth from a meteor, or a comet – and it links to Gwil’s concept of creation, of art experiencing itself. “Using studio software, it’s like you’re permanently having this conversation with your past self,” he points out. “The last time you saved that file you were a little bit of a different person… it’s sort of like you’re playing with emotions from your past.”

An artist in a constant state of transformation, LOOR is already seeking out uncharted waters. “My main drive is that I want to continue making records until my old age,” says Gwil. “So for me, by the time you’ve finished an album, you’re kind of done with it. I want to move on from this version of me into something else.”