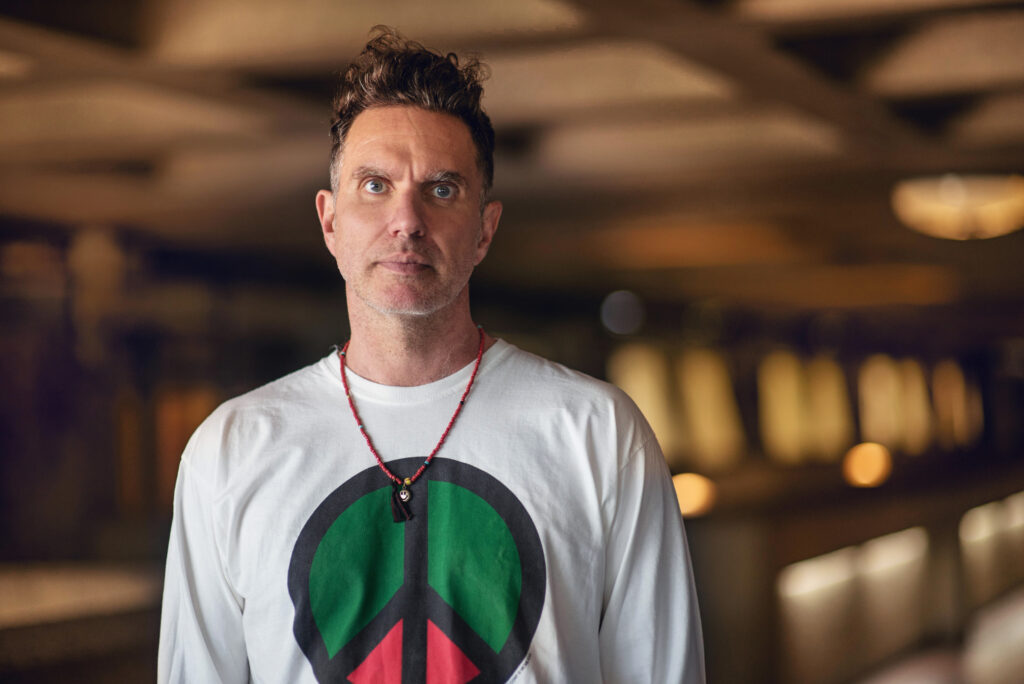 Striding into his third musical decade, Luke Solomon’s influence stretches far and wide across a scene that's been embedded in his DNA since the early 90s. The rebirth of Classic Music Company in recent times has brought one of the UK's most intriguing and respected artists to new audiences, ensuring his fingerprints remain indelibly imprinted on house music.

Classic’s reemergence proved a musical renaissance for Solomon. While his DJing never took a back seat - “I can be having the worst day, and then that moment that I go in to play music to a bunch of people, it just makes that all go away” - reviving the label in 2012 sowed the seeds for the emergence of his acclaimed second album, Timelines. It was a labour of love that highlighted the passion and positivity of an artist who invests much more than just studio hours into his records. Resident Advisor noted it “candidly advertises the joy Solomon takes in making music, a rambunctious, far-reaching extension of his DJ sets, unshackled from the sonic confines of the club.”

Solomon’s certainly earned the lines around the eyes. His infamous 90s midweek London ‘Space’ parties at Bar Rhumba alongside Kenny Hawkes introduced him to Derrick Carter, with whom he’d go on to form their seminal Classic imprint. As Freaks, with Justin Harris, he’s tasted the dizzying delights and inevitable pitfalls of fame, but in many ways he’s still a throwback to the simpler days when people just played records. “I bear so much of my soul in my music, it’s such a personal thing for me.” Having first started while at Middlesex University at the start of the 90s, he now plays for NYC Downlow, Homoelectric, Savage, sold-out shows for Glitterbox and he’s bringing Classic’s party people back together for a residency at Sugarfactory, Amsterdam. It’s the one element of his career that’s no different from when he was a fresh-faced debutant, and one that gives him just as much pleasure: “just a good fucking mix, it’s one of these indescribable things”.

As a solo producer his output spans the spectrum from warm, deep grooves to boisterous dark room techno on famed labels like Crosstown Rebels, Playhouse, Classic’s own expansive stable and Rekids, home to his first album, 2008’s The Difference Engine. His work with Justin Harris as Freaks has seen a prolific output on their eponymous imprint, with their single, ‘The Creeps’ catapulting them into the UK charts. 2014 saw a final Freaks album emerge, bringing the cherished project - “a whole story in itself” - to a fitting end. As these chapters close, focus falls into what remains: fresh solo work and new collaborations.

Luke’s album The Lost Art Of Getting Down with his band Powerdance was released in July 2017 to critical acclaim including a five star review in The Guardian, “Smart and funny without being cynical, varied but coherent, experimental without losing sight of the dancefloor”. A collaborative project with Nick Maurer (of Greenskeepers), Powerdance’s debut featured a host of studio and live musicians including Al Doyle from Hot Chip and Terry Grant, amongst others.

Luke also continues to run Classic, A&R for Defected and more recently be involved in 4 To The Floor, a label celebrating some of dance music history’s legendary labels including Movin’, Nu Groove, Fourth Floor and more.

He ended 2017 on a huge high, taking home the DJ Mag award for Soldier of The Scene, an accolade which pays tribute to his tireless dedication to music and nightlife. Luke is currently in the studio with Horse Meat Disco producing a run of singles with them.